Remembering Extreme Village Makeover at Give Kids The World

A year ago, Give Kids The World took on the daunting task of renovating 88 25-year old villas in a two-week period, a task that was achieved with the hard work and planning of thousands, including a team from Wheaton | Bekins. We are looking back at the successful renovation with the people that helped make it happen from the members of the Wheaton| Bekins team. 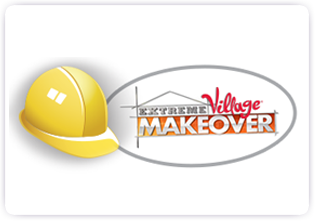 “I told him that the Village was going to renovate approximately 100 units over a two-week period. He quickly did some math and said we could pull that off in two weeks then I told him that the renovation was going to be two weeks, but we have two days to get all the furniture fixture & equipment (FF&E) items in,” explained Jason Fontaine. “He replied you didn’t tell them we could do it. My answer was if we don’t do it somebody else will. This is something we had to do for the kids and the Village.”

The two started brainstorming on how to get the manpower and keep the cost down for the Village, so Jason contacted President of Wheaton | Bekins , Dave Witzerman, to help recruit agents and corporate staff to help with the renovation.

With plenty of planning over the next seven months, Jason and the team worked with the Wyndham group for what was deemed – Extreme Village Makeover, and extreme it was. 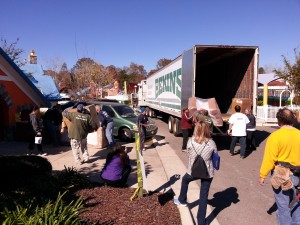 e handled more than 350,000 lbs. of FF&E/construction items for this project. We received approximately 300,000 lbs. in our warehouse,” Fontaine said. “There was a total of 38 trailers that were unloaded by CMS and their volunteers in two days. There was an additional four trailers loads of kitchen cabinets and four trailers of construction material that we delivered prior to the install.”

While Central Moving & Storage worked on the staging and operations, a 75-person Wheaton | Bekins team consisting of agents and corporate staff went to Orlando to unload and reassemble the furniture in the final days of the Extreme Village Makeover Project. 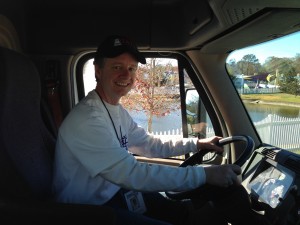 Chief Information Officer at Wheaton | Bekins, Jerrod Carter, remembered what it was like trying to make the two-week deadline of renovating the villas for Extreme Village Makeover.

“The biggest thing I would say is it was enthusiastic and chaotic, but it was a very organized chaos. Everyone knew what their job was and there was a lot of activity going on all at one time in one unit.” Carter said. “We were just trying to get all of that work done as quickly as possible so Give Kids The World could get back to their mission of having kids on site and providing that unforgettable experience for that family. Everyone there knew that and were enthusiastically there to support that.”

With the hard and enthusiastic work of all the volunteers and businesses, the project was successfully completed in the short two-week time frame. The new villas were unveiled on ABC’s Good Morning America along with Ty Pennington of Extreme Makeover: Home Edition.
“This project is one of the most aggressive projects that CMS has ever been a part of and could not have done it without the support of all the agents that gave up their time and knowledge to assist us.”

For all of his hard work as one of the main coordinators of the event, Fontaine was given an inaugural key to the village for his hard work on the project.

“I was honored,” Fontaine said. “There was still actually work that needed to be finished up, but Philip Torres of GKTW grabbed me and said you need to take a break and get something to eat and listen to the closing speeches. When they called my name, I was in total shock. I was just doing what was right for the Village.”

The completion of the villas was not only a huge success, but it brought the Wheaton | Bekins team closer together.

“Things like this bring all of us so much closer as agents and friends. It reminds me of the early days when we all had more time to do things together, which were the best years ever,” said Henry Cadle of Preferred Moving & Storage.

Wheaton|Bekins has been a partner of Give Kids The World since 2000, leading the efforts of Keaton’s Korral, where 7,300 families each year have been able to experience the fun of horse and pony rides, as they wear western hats and get to live out their cowboy dreams. Currently, Wheaton | Bekins is matching all donations to Keaton’s Korral until Jan. 31. To donate, please visit www.gktw.org/keatonskorral.

You can watch the recap of it all here, including the unveiling of the Villas here: https://www.youtube.com/watch?v=YE2UEu8LXu4

Ian Hazzard from Hazzard Moving & Storage also documented the experience which can be viewed here: https://www.youtube.com/watch?v=MrbxQOpdLCM

A very special thank you to all of the agents that had participated in the makeover.