Widely known as the Entertainment Capital of the World, Las Vegas is the city that never sleeps.  Chock full of casinos, hotels, five-star restaurants and wildly popular entertainment shows, this city literally always has something going on.  While at first glance, Las Vegas might not seem like a family-friendly city, there is definitely an abundance of attractions for families as well as adults.  Read on for some information on top attractions and restaurants as well as Las Vegas moving companies that can help move you and your family to Vegas.

If you’re coming to Vegas for some delicious and delectable food, you’ll find that there really
is no shortage of tantalizing tastes for your tongue.  A favorite of locals, visitors and foodies is Lotus of Siam.  This restaurant serves traditional (and delicious!) Thai fare. Don’t know what to order or aren’t familiar with Thai food? We suggest the drunken noodles.

If you’re looking to splurge in Vegas – and to be frank, where’s there a better place to splurge than Las Vegas? – look no further than Joël Robuchon. Located in the MGM Grand, this is opulence at its absolute best.  You can opt for the 16-course ‘Menu Degustation’ or if you’re not feeling quite that hungry, you’re 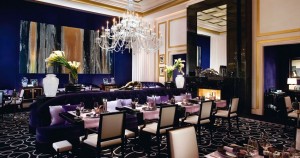 welcome to order a la carte.  Patrons of the restaurant rave about the bread and dessert cart that come around throughout the meal as well as the impeccable service.

After you’ve sufficiently filled your stomach with delicious food, you’re ready to head to one of Vegas’ many shows.  While there are literally hundreds of entertainment options on the Strip and throughout the city, here are a few of Bekins’ favorites:

Of course, Las Vegas offers entertainment experiences that are second to none.  It goes without saying that there are hundreds more restaurants, entertainment venues, attractions, and casinos to explore.  So, why not move to Las Vegas and get a first-hand look at all the city has to offer?

Be sure to keep up with the rest of Bekins’ travels across the country, including visits to Denver, San Diego, Orlando and more.