The Bekins Blog
find a local agent
Don't know the ZIP? Look it up here.
Loading...

I’ll never forget the feeling of packing up my whole life into just a few boxes.  As an 18 year-old who had never lived anywhere but New Castle, a small town in rural Indiana, I’d known all the same people since I was about five years old. I felt very secure in my life and also very comfortable living at home with my parents.  It’s not that I wasn’t excited about moving off to college – I definitely was – but more than anything, I was terrified of the unknown… and also stressed out about packing. 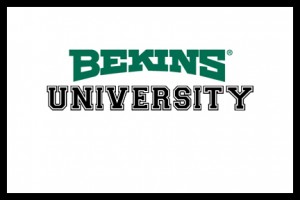 For someone who had never moved before, going through 18 years of possessions and trying to decide what should and shouldn’t go off to college was nothing short of a herculean task.  How could I not take my nightstand? What about my collection of Harry Potter books? Of course I need all of my shoes!   If I could give advice to anyone who is moving, it would be this: Simplicity is best. Pack less and buy what you don’t have.  This is especially true if you’re paying someone to help you move – the lighter the load, the cheaper it will be. If only I would have known this back then…

As my parents and I made the 50 mile drive from New Castle to Butler University, a small liberal arts college located in the heart of Indianapolis, Ind., my stomach began churning with nerves.  As we pulled up to Butler, I saw the picturesque view of college, complete with  fraternity boys grilling hamburgers and hot dogs in the  front yard of the frat house situated right across from my dorm. As I walked up to my dorm room in Schwitzer Hall, I was struck by two things:

The rest of the day was a whirlwind of running up and down stairs, plugging in my mini fridge, connecting my laptop to the internet source, running to the store to buy forgotten items like power strips and plastic containers, making my bed with my brand new Twin XL sheets and unpacking all of those special touches that make a generic dorm room feel more like a home.

The rest of my freshman year of college progressed and before I knew it, I found myself

graduating and receiving my diploma, physical proof of everything that had happened from that move-in day back in the fall of 2008 to graduation day in the spring of 2012.  That diploma represented not only all that I had learned in the classroom, but also all the lessons learned outside of the classroom. It represented the not one, not two, not even three, but eight moves that I made during college (moving tips to come – watch for the blog!)  It represented four years of growth and experiences that I will never and could never forget.

So, my advice: don’t fear, freshman. Move-in day is overwhelming, there’s no doubt about that. It’s an anxiety-induced 24 hours, but it’s just that – 24 hours. Before you know it all of those 24 hours will have strung together to make four years and you too will have that coveted diploma. Enjoy move-in day for all that it is and know that the best is yet to come.

Meredith Slavens is the Online Content Development Specialist at Bekins Van Lines. She holds a Bachelors of Science in Arts Administration from Butler University.  Meredith has moved ten times in the last five years, so she considers herself a bit of an expert when it comes to moving.  She enjoys helping others make their moving experience a little simpler by sharing some of her own personal moving tips.  Feel free to contact Meredith at meredith_slavens@wvlcorp.com

What’s The Best Way to Pack Books For a Move?
There are a few predicaments all book lovers can relate to.  One: the overwhelming desire to buy or borrow new books when you already have a huge to-...

5 Objects You Should Never Try Moving By Yourself
When it comes to moving you have two choices: hiring movers or taking on the daunting task all on your own. If all you’re moving is three boxes of c...